Starting on the campus of South Carolina State University in 1988 a group of students there came together and called themselves Technique.

Technique was the opening act for many college concerts featuring national artist, won may talent shows, provided quality music fro receptions, background music for pageants, and dance music for frat parties. After graduating Mike Ham and Kelvin Benion relocated to Birmingham and started to perform background and featured music at many different events. After new members and a new vision the name was changed to Tekneek in 1995.

After 2 records, many awards, performances and many tours in and out the U.S. over a 15 year time span, Kelvin Benion formed yet another Technique this time calling it KB’s Technique. 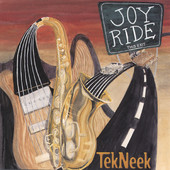